From 2001 to 2010, Jb was touring with The WIYOS and The Sweetback Sisters,  playing squaredances and oldtime music sessions, attending fiddler's conventions, crashing Curtis Eller's gigs around New York City and making records when he wasn't gigging.   When he decided to leave the touring life in 2010, he spent a winter in Giles county Virginia, thinking he would return to Brooklyn after a short break.  After a year of living on the New River and reconnecting with the music, community and ecology of the mountains of his Virginia roots, he decided he'd rather live in the mountains and visit the city rather than the other way around.  He began searching for a location to house the studio where bands could come and record, but also, if needed, to stay onsite.  The apartment he had shared with Sxip was host to many magical jam sessions, recording sessions and became a home away from home to many a musical traveler from around the world.  Studio 808A is all about continuing this tradition.  Rose, who owned the building and lived on the first floor, was a big part of that magic.  She welcomed Sxip and JB into her home and made it a place where music and creativity was not only welcomed, but encouraged and nourished.  A particular night comes to mind... it was perhaps around 1:00 am and there was tuba, beatboxing and harmonica going strong... a knock on the door... instead of a noise complaint, it was a delivery of fishcakes from the older ladies downstairs... a magical place indeed!  Rose passed away the same week that jb opened the new studio, so he changed the name to STudio 808A, the old apartment number in honor of Rose, Sxip, and all the magic that happened there. 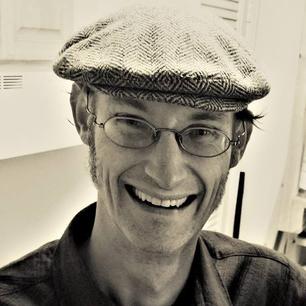 STudio 808A is a full feature recording studio inside an old farmhouse.  The idea behind this studio is that the best music often happens when musicians are playing live in a room listening deeply to each other and responding in real time to the sound in the room.  In1922 when the house was built, it was easier to get wood up here in the mountains than it was to get plaster or sheet rock, so almost everything in the building is made of oak.   This creates wonderful sounding rooms, and there are a variety of tracking spaces available in the home.  The floor/ceiling between the first and second story was removed in one set of rooms creating a single large live room with very high ceilings.  This room has an opening to the hallway, which can be adjusted for depth of natural reverb, and this is the main tracking space for the studio.  Isolation, without sitelines is available in other spaces.  There is amazing hiking and outdoor recreation very close by.

Owner/engineer/producer Joseph "joebass" DeJarnette has extensive experience as an audio engineer, but also as a player, performer and teacher, so he brings expertise to projects from multiple perspectives.  He mostly plays  oldtime stringband music these days but has played everything from orchestral music to hip hop and rock over the years. Bass (upright and electric) is his main instrument.

Joebass grew up in Madison County VA and the story of Studio 808A arguably began back in the 1980s when he received a wind up Victrola and a handful of 78 rpm records for his 6th birthday and became completely mesmerized by the concept of capturing sounds across time. Later, he discovered that with some creative patch cabling, he could add his own third grade voice to Sting records using his father's turntable, a microphone and a Sony reel to reel tape recorder.  However, the studio really took shape in New York City when joebass moved into an apartment in Brooklyn with composer Sxip Shirey.  Sxip is hard to describe, so if you want to get the essence, check out this video, shot at our old apartment.